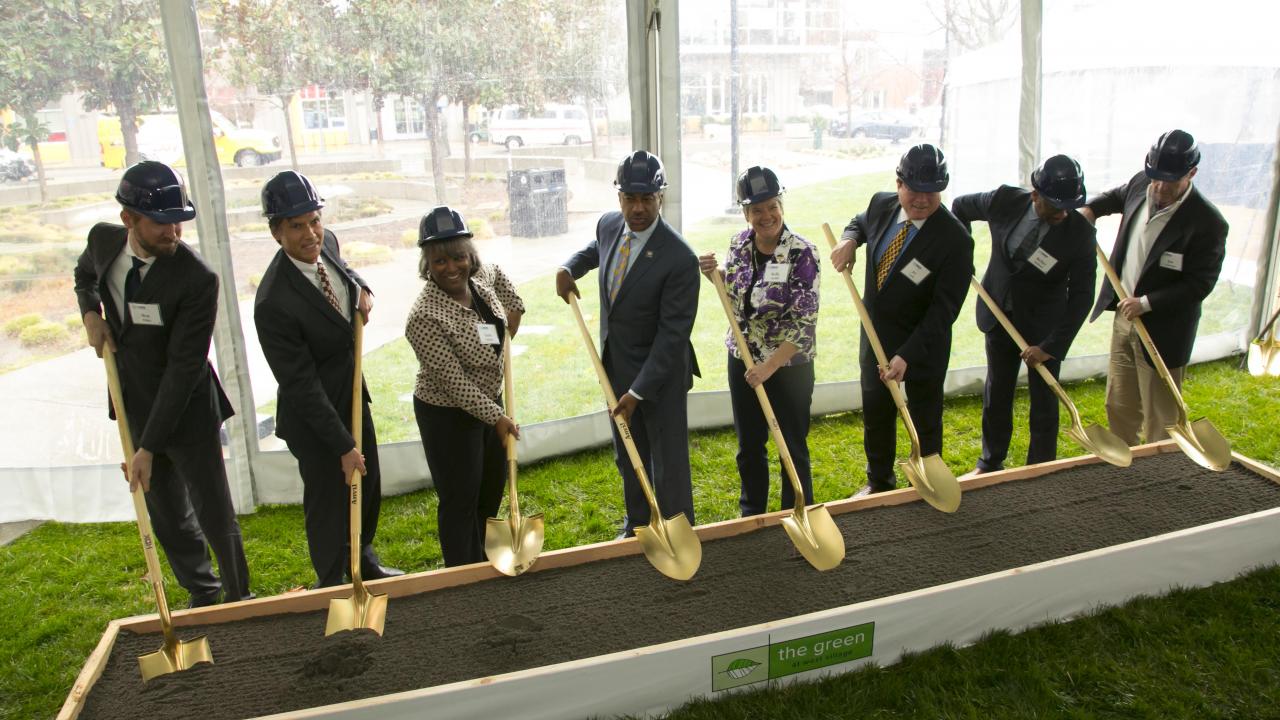 DAVIS -- University of California, Davis officials and private partners broke ground on the largest student housing project in the nation on Tuesday.

The Green in the West Village student housing neighborhood will have nearly 3,400 beds when completed. One thousand students will be able to move in by fall of 2020.

The university used $575 million in bond financing and joined with private partners to build the 34-acre project, which will be run by a third party.

In recent years, the city of Davis has been critical of the university for not providing enough housing for a growing student body, putting rent pressure on those who want to work and live in Davis.

The new project ushers in new cooperation between the university and the city. The vacancy rate in the city is under 1 percent and rents have risen 6.5 percent in the last year.

New student housing: The Green at West Village is underway